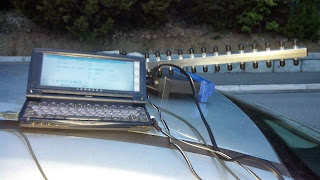 For what it's worth, there are no hard feelings. What we were doing looked a lot like loitering, even though we were mall patrons, looking to experiment with technology we plan on putting into place for public service.
Posted by Ax0n at 9:43 PM